The Murderer and the Museum Curator - Nathan Leopold and Kirtland's Warbler 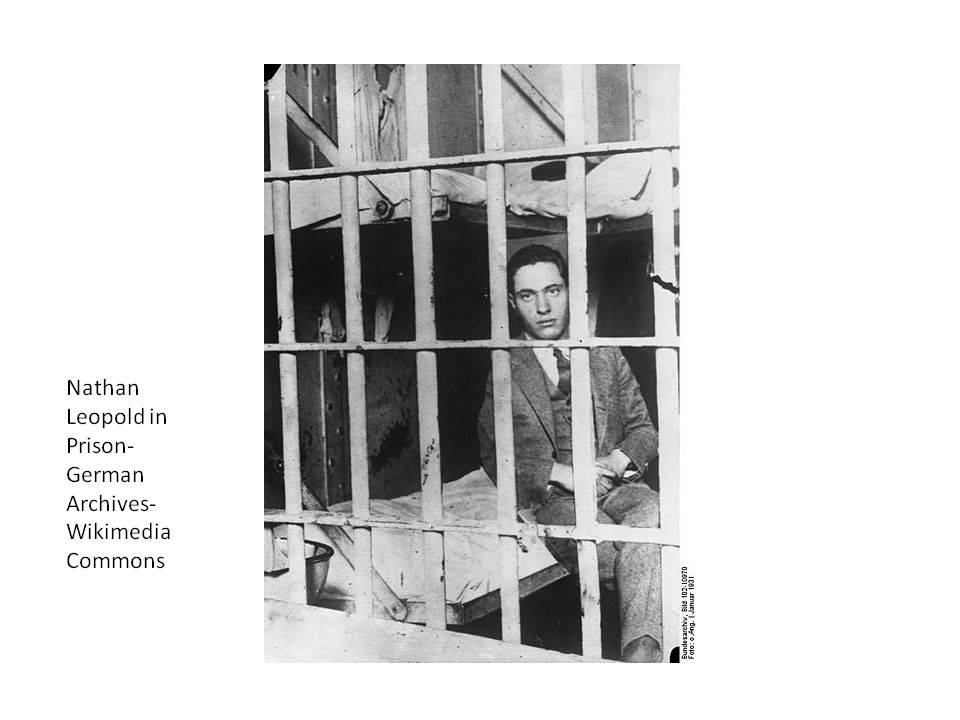 One of the University of Michigan's most famous teachers and one of Chicago's most notorious murderers both loved the same bird ‑ Kirtland's Warbler. And because of this love triangle, the Cranbrook Institute of Science in Bloomfield Hills, Michigan, possesses a unique exhibit which languished in storage for 39 years.

Kirtland's Warbler, the object of the affections of two such diverse men, is a perky, persistent, tail‑jerking bird, christened for Dr. Jared P. Kirtland, pioneer physician and naturalist of northern Ohio.  The first specimen of Kirtland's Warbler was shot on his farm near Cleveland on May 13, 1851.  Dr. Kirtland observed and recorded that his namesake bird is blue, flecked with black above and pale lemon yellow below. He noted that the average, breeding adult Kirtland's Warbler weighs less than half an ounce.

Ornithologists and interested parties after Dr. Kirtland discovered that the Warbler's numbers are few, in the low hundreds of thousands, and that it has slight environmental impact. Warbler champion Harold Mayfield of Waterville, Ohio once remarked, "All the Kirtland's Warblers in existence would fit into one large shopping bag."

Enter the first member of the triangle, Norman Asa Wood. In June 1903, an ornithologist from the University of Michigan's Museum of Zoology went fishing in the Au Sable River in western Oscoda County in Michigan's lower peninsula.  While he was fishing, he heard an unfamiliar bird singing.  He shot it and took it back to the Museum's Curator of Birds, Norman A. Wood.  Norman was a taxidermist and self‑taught biologist, and he retraced his colleague's steps to find a Kirtland's Warbler nest.

Norman describes his journey in his book,  The Birds of Michigan. "Leaving the river bottom, I climbed to the top of the first plain and walked slowly along...suddenly I heard a new song, so rich, loud and clear, I knew it must be the one I was in search of...After a long time, I saw him alight in a low bush and sing...Its song, the most beautiful of any warbler, is so wild and clear and has such a ringing, liquid quality, I feel well repaid for my trip by this one experience..."

For twenty years after Norman found the first Warbler nest, no one did much research on its breeding behavior. Then in the spring of 1922 an undergraduate student of Norman's was intrigued by his accounts of the Warbler. This student was 17, extremely bright and academically precocious, and studying to be a lawyer. He was the son of a wealthy Chicago family, and an avid bird watcher and bird collector.  The second member of the triangle and the precocious student was Nathan F. Leopold.

Nathan loved birds more than people.  As a young boy he had few close friends, but countless species of birds decorated his life. By the time he was a teenager, he had a collection of nearly 3,000 bird specimens in the third floor study of his home.  Frequently he toured the woods and marshes around the Chicago area, looking for new specimens to add to his collection.  On his own initiative he got permission from the City of Chicago to shoot birds in the public parks and kept several guns for this purpose.

In 1922 Nathan and a friend decided to retrace Norman Wood's 1903 trip to find and study the Kirtland's Warbler. They spent five days in the breeding area, but didn't see a trace of a Warbler. Nathan returned in mid‑1923 with several companions.  In a different stretch of the Au Sable River, the party heard an unfamiliar song and everyone piled out of the car.  Nathan remembered it this way:   "We fought our way several hundred yards through extremely dense jack pine, when we simultaneously caught a view of the singer perched in a large pine tree...a fine adult male, D. Kirtlandii in full nuptial plumage.”

Eventually, Nathan and his friends found some Warbler nests and in one of them, a nesting Warbler with a hatchling and a guest. The guest was a large hatchling of the brown‑headed cowbird and was making itself right at home. Nathan and party photographed the birds and noted that the young cowbird was getting all of the food and crowding out the young warbler.  Said Nathan:  "By one o'clock we decided to remove the young cowbird...We did this and returned to the hotel for lunch."

After five days of Warbler watching, Nathan vividly described the cowbird as a danger that he felt threatened the Kirtland's Warbler with extinction.  He said:  "It has long been a subject of speculation why the Kirtland's Warbler which raises as large a brood as most other warblers, and which apparently has no more natural enemies than the other warblers, should continue to be so extremely scarce. I suggest as a reason for this fact that the bird is largely preyed upon by the cowbird. Whenever we saw a singing male Kirtland's Warbler, there were a number of cowbirds perched about in the tall, dead trees, apparently in quest of the same thing for which we were looking...It is greatly to be feared that D. Kirtlandii may soon be another of the American birds on the extinct list."

Besides spotting the Warbler, another highlight of Nathan's trip was meeting James MacGillivray of the Michigan Conservation Commission. MacGillivray took motion pictures of Nathan feeding his Warblers. In October of 1923, Nathan went to Boston to deliver a paper, "The Kirtland's Warbler in Its Summer Home," at the annual meeting of the American Ornithological Union. He submitted a report of his expedition to  the Ornithologists Union Journal, which it published in its January 1924 issue.

One thing that Nathan didn't mention in his report was that he had shot two adult Kirtland's Warblers at one nest and had taken their three nestlings and a baby cowbird and the nest itself.  He also took a three foot square chunk of the surrounding habitat and a jack pine. Nathan didn't dare mention this to anyone because he didn't have a license to collect Kirtland's Warblers which were highly protected. But legally or not, Nathan shipped the specimens by train to Chicago and a taxidermist at the Field Museum of Natural History created a life‑like display.

Now that he was home from the University of Michigan for good, Nathan continued his involvement with Chicago area birds, taking groups on guided tours to bird watch and sometimes earning several hundred dollars a week doing this.  He led a bird watching class of thirteen young girls from Southside High School, and they all thought he was of the "finest feather."

On Sunday May 19, 1924, Nathan and another friend, George Porter Lewis, who shared his interest in birding visited a number of bird habitats in and around Chicago. They ended their bird watching day on the city's southeast side, near Wolf Lake, a mile inland from Lake Michigan astride the Illinois and Indiana border.

While the taxidermist at the Field Museum was fashioning his display and George was recovering from his day long birding bout that Sunday, Nathan and his wealthy friend Richard Loeb were committing a murder. Four months after Nathan's Auk Report was published, on May 21, 1924, Nathan Leopold and his wealthy friend Richard Loeb lured fourteen ‑year‑old Bobby Franks into a car, killed him, and left his body in a ditch near Wolf Lake where Nathan and George had bird watched that Sunday.

By the time the habitat exhibit was finished, Nathan was in prison, beginning a life sentence, although he hadn't forgotten his exhibit.  Said Nathan: "I wanted to give the group to the Field Museum, but I wanted awfully to see it first. Warden John Whitman was most gracious about granting permission and one day Sven, the chauffeur who had been with our family since I was six months old, brought the large case down to the prison.  I was called to the Warden's office and permitted to admire it for half an hour."

The exhibit was returned to the Museum, but was never displayed.  Instead, it remained in storage for 39 years, pristine in its original wrappings. In the meantime, Nathan continued his involvement with birds. Over thirty‑three years in prison, he raised cages of canaries in his cell and read about and studied birds.

Shortly before his parole on March 13, 1958, Douglas Middleton of Detroit, a Kirtland's Warbler student, wrote to Nathan to ask for a reprint of his Auk Report. The two men corresponded and eventually became friends. Even after Nathan had been paroled and went to work in a Church of the Brethren Hospital in Puerto Rico, he corresponded with Douglas. Nathan kept Douglas abreast of his Puerto Rican activities, including publishing a book on ornithology titled, "The Birds of Puerto Rico."

Nathan Leopold also told Douglas how anxious he was to re‑visit Kirtland's Warbler country. Finally, in 1964, Nathan and Douglas took a trip there.   "That trip, getting to know you, meeting the other Kirtland's Warbler enthusiasts, and of course, renewing acquaintance with The Bird, constituted a glorious experience," Nathan wrote to his new friend. Douglas Middleton won so much of Nathan's trust and affection that Nathan told him about his habitat group, still stored at the Chicago Field Museum. Nathan said he still owned the display and wished now to give it to a museum in Michigan, although not to the University of Michigan, because it had the other habitat group of the Warbler collected by Norman Wood in 1903.

Douglas suggested the Cranbrook Institute of Science and Nathan agreed. The display was sent there in 1965 and the flora was refurbished and displayed in the Ecology Hall as part of an exhibit that was called "One Does Not Live Alone."    Nathan Leopold's name didn't appear on the exhibit.   He remained a loner until he died on August 29, 1971.

Baatz, Simon. For the Thrill of It:  Leopold, Loeb, and the Murder That shocked Chicago. Harper, 2008.

Higdon, Hal. Leopold and Loeb: The Crime of the Century. University of Illinois Press, 1999.