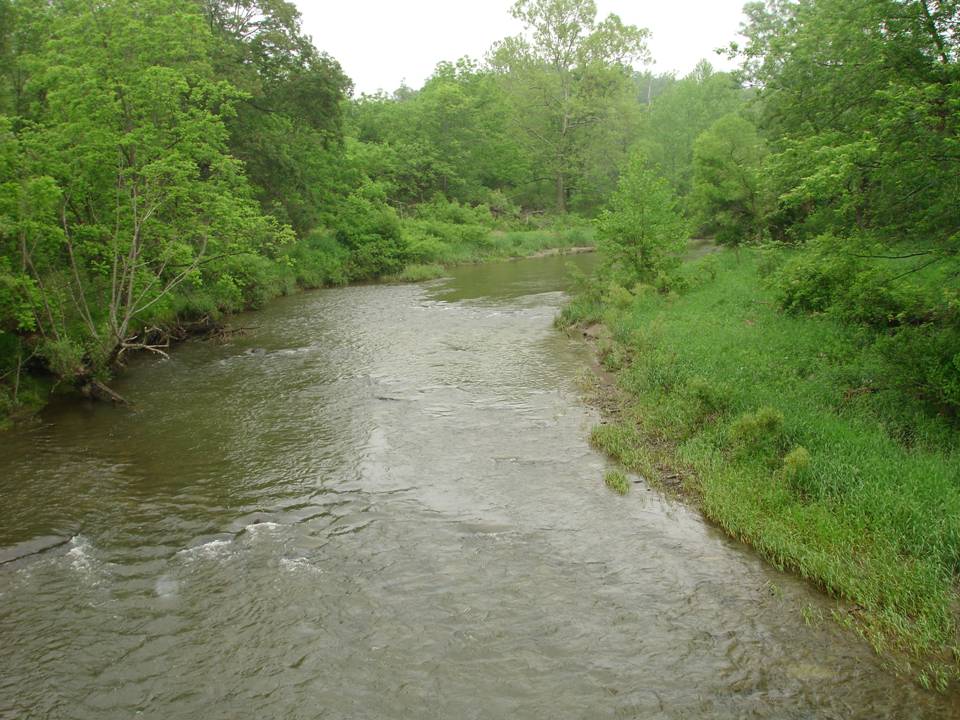 Many places have claimed that “George Washington slept here,” but Union City and Waterford Pennsylvania can truthfully claim that he did. He traveled down French Creek and passed through Union City on a journey to the commandant of the French Fort at Fort Le Boeuf in what is now Waterford in Northwestern Pennsylvania.

It is easy to understand why George Washington would overestimate the distance from Franklin to Waterford when he traveled down French Creek in December 1753. At the time of his strenuous journey, George Washington was a twenty-one-year-old major in the Virginia militia. The tall, wiry Washington wondered if he could successfully carry the message he had received from Governor Dinwiddie of Virginia to the commandant of Fort Le Boeuf.

He arrived safely at Venango, an old Indian town, at the mouth of French Creek and the Ohio, with Christopher Gist, his most trusted companion. Older and more experienced than Washington, Gist was a fresh, rugged frontiersman with natural dignity and a no –nonsense manner with the Indians. Besides Gist, Washington also took Barnaby Currin and Jon M‟Guire, who lived by trading with the Indians. Henry Stewart and William Jenkins served him on the trip and he took John Davidson to act as his interpreter with the French and Jacob Van Vraam, as an Indian interpreter. He also took four Indian sachems for safe conduct through hostile territory. They were Tanacharisson, whom he called the Half King, White Thunder, Kakakee, and Guiasuta, the Hunter. Captain LeForce and three French soldiers joined him at Venango without an invitation.

The letter that Washington carried from Governor Dinwiddie complained to the French commandant at Fort Le Boeuf, Legardeur de St. Pierre, that French forces were intruding into the Ohio country, erecting forts and making settlements in the western parts of the colony of Virginia. In his letter, Governor Dinwiddie inquired by whose authority and instructions had the French Commander-General marched his force from Canada and invaded Virginia territory. George Washington, traveling down French Creek to deliver the message and his return journey, set a chain of events in motion that resulted in American independence. His actions helped determine who would control the Ohio River valley and ultimately, the fate of three empires.

Washington discovered that the Indians called French Creek In-nun-gah and Venango, but the French called it La Riviere aux Boeufs, naming it for the countless numbers of buffalo that had once ranged over the land it drained. One of its branches sprang up in Lac Le Boeufs, just south of the divide separating the waters of the Ohio River from those of Lake Erie. The general course of French Creek, although twisted like a pretzel, resembles a semi-circle. One of its main forks flows into New York State and others through Northwestern Pennsylvania. Its three large branches, called The Forks, unite a few miles below Waterford.

In his journal, George Washington called Le Boeuf Creek the western fork, and correctly so, but there are three other forks and numerous tributaries besides the western fork. All of the forks rise in lakes and after much meandering find their way along the channel in French Creek on a long journey to the Gulf of Mexico or flow from the lands near Lake Erie empty into the Lake and ultimately flow into the Gulf of St. Lawrence.

Other branches of French Creek flow to the Allegheny River or the Moheyu, as the Indians called it. Most of French Creek‟s tributaries flow through thick woods and in the nineteenth century, many sawmills and grist mills dotted the banks of French Creek and its tributaries. Boats carrying up to twenty tons could navigate it as far as Waterford, about fourteen miles from Erie in certain seasons, but even then only canoes could make their way up it in the summer.

In an article about French Creek in the Alleghany Magazine back in the 1800s, Timothy Alden estimated that the distance from Franklin to Waterford is about 52 miles on the public roads, but if you travel down French and Le Boeuf Creeks, it is nearly one hundred miles. George Washington thought the distance was 130 miles when he traveled it.

George Washington Delivers a Letter to the French Commandant

On December 4, 1753, Washington recorded in his journal that he and his party had arrived at Venango, an old Indian town, where French Creek flows into the Alleghany River beneath heavily wooded mountainsides. The travelers entered Venango and found the fleur de lies of France waving over the cabin of the Commandant, Jean Coeur. “He invited us to sup with them, and treated us with the greatest complaisance,”

Washington said. On December 7, 1753 at twelve o‟clock, Washington and his men set out for Fort Le Boeuf, but they didn’t arrive there until December 11, because of excessive rains, snows, and unfavorable terrain. They traveled through “many mires and swamps; these we were obliged to pass to avoid the creek which was impossible, either by fording or rafting, the water was so high and rapid.”

On December 12, 1753, Washington and his party arrived at Fort Le Boeuf and waited to see the commandant, Legardeur de St. Pierre, an elderly gentleman with “much the air of a soldier.” The French commandant had been sent to take charge of the fort on the death of a general and had arrived about seven days before Washington. Washington gave him Governor Dinwiddie‟s letter. In answer, Chevalier de St. Pierre said he would transmit the letter to his general. “As to the summons you send me to retire, I do not think myself obliged to obey it.”

The French plotted to keep Washington’s Indian companions from returning with him, including trying to get the Indians drunk, but finally on December 16, 1753, Washington and his party left Fort Le Boeuf for their return journey to Venango.

He described the creek on his return journey. “We had a tedious and very fatiguing passage down the creek. Several times we had like to have been stayed against the rocks; and many times were obliged all hands to get out and remain in the water half an hour or more, getting over the shoals. At one place, the ice had lodged and made it impassable by water; we were, therefore, obliged to carry our canoe across the neck of land, a quarter of a mile over. We did not reach Venango until the 22nd where we met with our horses. This creek is extremely crooked. I dare say the distance between the Fort and Venango, cannot be less than one hundred and thirty miles to follow the meanders.”

In his report to Governor Dinwiddie, George Washington mentioned the flat lands along the banks of French Creek.

About 35 years after Washington’s trip down French Creek, nine men met at Sunbury, Westmoreland County, to travel into the broad, lush valley of French Creek. They were Cornelius Van Horn, David, John, and Joseph Mead, Christopher Snyder, James Fitz Randolph, Thomas Grant, John Watson, and Thomas Martin. David and John Mead had visited this area the summer before and assured the others that they would find suitable home sites. They reached the Alleghany River and followed it down to Fort Franklin and after a short rest, paddled up French Creek in canoes to a place where Mill Run emptied into it.

The night of May 12, 1788, they slept under a large wild cherry tree in one of the “extensive and very rich meadows” that Washington had mentioned in his journals. The men spent the day exploring the surrounding countryside and crossed the creek near the mouth of the Cussewago Creek. They paddled over to the largest of the six islands formed by the changing channel of the stream, and discovered that the Indians had grown corn there in the rich soil. The Indians didn’t know who had cleared the land to grow corn, but the trees had been gone as far back as they could remember.


The other islands were covered thickly with huge old trees: water maples, walnut, butternut and sycamores. The branches of these trees hung far out over the water, while underbrush, the smaller crab apple and thorn, with the grape vines swinging from the larger trees, made ajungle of shadowed beauty. The channels of French Creek wound between and divided these islands. The deep, shady channels harbored bass, salmon, and pike. A little way up stream beyond where Mill Run emptied into it, the main channel of French Creek swerved east, circled the lower end of the largest island, and resumed its northerly course.