Chicagoan Kate Kellogg Meets a Ghost on a Train 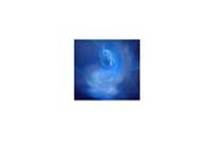 Kate Starr Kellogg was an educated woman, a suffragette, and a leading advocate for the cause of educational reform. Born in 1854, she lived most of her life on her family farm in Evergreen Park, now part of the City of Chicago. The Kellogg family played an important part in Chicago social life and Kate carried on her family tradition. She became a prominent Chicago educator in the early Twentieth Century, serving as principal of the Lewis Champlain High School in Englewood and a District Superintendent in the Chicago Public Schools. She served on the Chicago Board of Education in 1905 and played an
active role in the Women’s Trade Union League.

Kate Starr Kellogg was not prone to nerves or given to flights of fancy. Her friend and housemate Cornelia De Bey, a homeopath, politician, and fellow suffragist and educator, agreed that Kate Kellogg did not suffer from flights of fancy. The fact that she dealt realistically with life as it happened and worked passionately to improve the lives of women didn’t make it easier for Kate Kellogg to believe that she saw a ghostly form standing at the foot of her Pullman compartment.

Miss Kellogg Had An Uneasy Feeling

Kate Starr Kellogg told this story about her encounter with a friend saying goodbye. Kate had booked passage on a train and had reserved a Pullman Car for a night journey and as she got ready for bed, she felt a presence that made her so uneasy that she couldn’t sleep

Since she didn’t usually have premonitions or wasn’t overly nervous, Kate thought that her feeling meant that the train was going to have a serious accident. She insisted that the porter raise one thickness of the double window of her berth. She thought to herself, “I shall have only a single pane of glass to break my way through if anything does happen.”

Suddenly she saw a shadowy white figure standing at the foot of her berth. The figure was shaped like a woman and it stood motionless foot of her bed. Kate said that the figure looked like a “shadowy white figure, much as the photograph of a white draped form which had become all blurred by the moving of either figure or camera, but it bore the distinct shape of a woman, and it gradually assumed a more tangible form. The figure was motionless for a long time.”

Kate recalled that at this point she felt more surprise than fear. She tried to get the figure to go away by reasoning that it was the light from the car shining through the opened curtain on some of her dresses that she had hung at the foot of the compartment. Kate sat up, removed the garments and lay down again. The figure was still there and nothing white was left to produce the illusion.

Kellogg Confronted the Figure in White

Kate kept trying to reason the figure in white away. This time she theorized that it might be the shadow of something outside reflected in the window. She sat bolt upright in her berth, and drew the window curtain aside. She peered into the darkness, but all she could see was a shadowy landscape punctuated by a few pinpricks of lamp light.

"Who are you?" she demanded of the figure in white, but the ghost didn't answer.

The figure remained for several hours before it finally melted away.

Kate said, “When it finally melted away I felt extremely wearied mentally, but my fear had long since left me. I looked at my watch, noted the time of its appearance and departure, turned over comfortably, and went to sleep.”

Kate Kellogg Learned the Identity of Her Ghostly Visitor

Kate arrived at her destination safely and without any more annoyance or trouble. The first thing she did after she greeted her hostess was to tell her about her ghostly visitor. After an enjoyable trip, Kellogg returned home and didn’t think anymore of her experience on the train.

Then one day months after her return, Kate received the news that a dear friend had suddenly died on the same night that she saw the lady in white on the train. The friend had passed away after an illness of only a few hours and her passing had occurred at the same time that the figure had appeared at the foot of Kate’s berth and at the same times that Kate had noted.

People told Kate that her friend’s last words had been, “Tell Kate.”