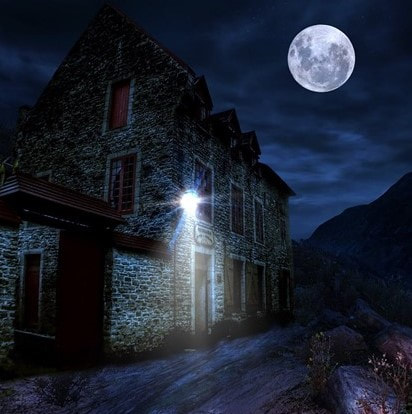 Ghosts, goblins, ghouls, and other spooky minions of the worlds beyond our senses take center stage on Halloween, producing Halloween costumes, haunted houses, paranormal investigations,  ghost tours and supersized  paranormal parties and experiences.
We mortals are so busy celebrating and recreating the world of ghosts, imaginging what they are like, and listening and looking for them in haunted houses that we really don’t hear them or their stories, not even in Ohio which is blessed with multitudes of multi-tasking and talented ghosts. For a moment, let’s stop and listen to some of the tales of ghosts in Ohio who can be found in cemeteries,  houses, hotels, seminaries, taverns, parks, libraries, and museums, just to name just a few haunted places.
Ghosts have to be approached with imaginations, the same imaginations that non believers in ghosts accuse believers of over actively using. Ghost stories are people and place stories.  Ghost stories are created from people living everyday lives and leaving imprints in the ether of time and space after their mortal lives have moved on to other dimensions.

Cemeteries are the logical places to listen to ghosts and learn history as well. Andrew Skarupa, once superintendent of Chestnut Grove Cemetery in Ashtabula, Ohio, experienced one of his other worldly encounters with the ghost of Charles Collins. Twenty-five of the approximately 92 victims of the Ashtabula train wreck, one of the major disasters of the Nineteenth Century, play important roles in the story.
During a blinding blizzard on December 29, 1876, the Lakeshore and Southern Michigan’s Pacific Express inched its way across a railroad trestle over the Ashtabula River gorge. One of the two engines reached the other side of the bridge, but when the bridge collapsed, the other engine and eleven cars tumbled into the gorge 1,000 feet below. Approximately 92 people perished from hypothermia, injuries from the collision, or from the fire ignited from the stoves and oil lamps used to heat and light the railroad cars.

​The unrecognizable remains of twenty-five of the victims were buried in a mass grave in Chestnut Grove Cemetery, along with Charles Collins, the engineer and architect who had helped build the bridge over the Ashtabula River gorge. Lakeshore Railroad President Amasa Stone and Charles Collins had reluctantly agreed to build the bridge over the Ashtabula River gorge out of iron instead of the traditional and time-tested wood. A coroner’s jury criticized the bridge design and alleged that a competent bridge engineer inspection would have pinpointed the design defects in the bridge, holding Charles Collins and Amasa Stone accountable for its failure. After the investigative jury heard his testimony, Charles Collins wended his way home and shot himself in the head. He is buried in Chestnut Grove Cemetery, just several feet from the mass grave of the Ashtabula disaster victims.
Unlike other cemetery visitors, Andrew Skarupa didn’t see Charles Collins pacing in front of the mass grave of the victims or report that he saw Collins burying his head in his hands and crying, “I’m sorry, I’m sorry,” over and over. But Andrew experienced his own ghost sightings, including a woman, and an old man who wore a top hat and searched for his grandson. Besides human ghosts, Andrew reported seeing a horse, a dog, and a chicken. He noted, “It was funny really. I had seen a few other ghosts, but to turn around and see a chicken, well let’s just say some people didn’t believe me![1]

Here is the link for the rest of the Ohio ghost stories.